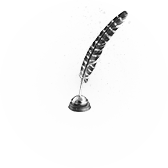 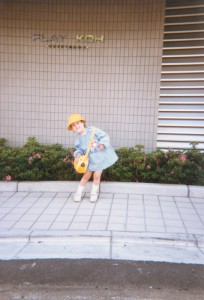 Nivair is a cisgendered lady with a dreamy yet analytical mind, a descendant of Armenian, German, Scottish, and Irish peoples, with scattered influences from still more cultures and cuisines. Her primary influences live in various novels categorized as fantasy, science fiction, horror, young adult, or some combination of these. She wrote her first story at the age of seven, the tale of an intuitive young girl’s fast friendship with a mountain lion. While attending preschool in Tokyo, Japan, she suffered a savage bite to the stomach from a girl named Kawaii. At the time, this did not seem funny.

When Nivair was sixteen she left high school and went to the Massachusetts Institute of Technology. She majored in Aeronautics & Astronautics, the non-military academic program that has graduated the most astronauts, but NASA does not send feminine writers with poor eyesight, fluid sexuality, and social justice enthusiasms into outer space. Whatever, she’ll go up with Cindi Mayweather and the rest of Janelle Monáe’s androids, if she can get a seat on that party. (She did once get to fly a Cessna and do a brief zero-G parabola. It rocked.) 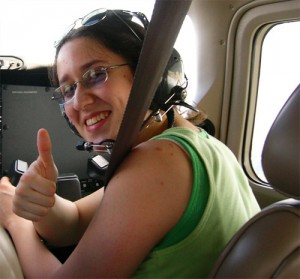 Nivair spoke French for many years in school, but finds her skills lapsing now that she has a full-time job, and sadly notes that her American accent is atrocious. She’s always up for a return visit, especially because she can get mousse de crème de marrons glacés at every corner Monoprix which is basically ridiculous. Canada is also a favorite holiday spot and desired living spot for Nivair, not just because it contains Paul Gross, not just because poutine is delicious in all ways, not just because Canadians are generally wonderful people, but because the Canadian Rockies really are the best place on Earth. If she ever gets married, she’d like to get married there, and to both Debra Morgan from Dexter and Cosima Niehaus from Orphan Black, as long as we’re imagining stuff.

In the winter of 2012 Nivair visited Amsterdam and found this joint-smoking alien, mentioned but never located by guidebooks, and felt that her life was at least momentarily complete. 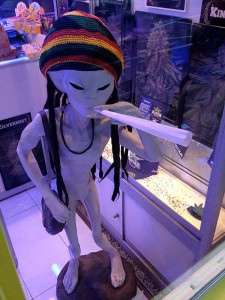